A mobile app for iOS that allows users to instantly verify if a pair of sneakers is authentic or not by using machine learning to compare user photos
Client:
Personal Project
Release Date:
June 2021
See Live Project

Generally, for most people looking to purchase a specific item, they can usually do so without issue. If the item is out of stock, oftentimes it will be restocked at a later date. When it comes to purchasing sneakers, that is not always the case.

Companies such as Nike and Adidas often operate using the scarcity principle to sell their products. We know that from Dr. Robert Cialdini’s work on persuasion that the more difficult it is to obtain an item, the more valuable it becomes to us. Companies such as Nike use this to their advantage by strictly limiting the available quantities of their most popular sneakers. For example, The Air Jordan 1 Chicago retro is one of Nike’s most popular sneakers. While the release of the retro was first in 1994, Nike did not restock this sneaker until 2013, almost 20 years later.

For many individuals looking to purchase a highly sought out pair of sneakers, purchasing from retail stores are often out of the question. This has fueled a strong resale market, where buyers turn to other individuals in order to purchase the sneakers they want.

With the growingly large number of people turning to the resale market to buy and sell limited sneakers, in addition to the lack of protection that retail purchases offer, this has created an environment for counterfeit sneakers to thrive. 14% of all counterfeit products that are seized by the U.S. Customs and Border Protection are sneakers.

In addition, a survey of 315 consumers conducted by footwear news shows that 20% of respondents purchased what they thought was a genuine sneaker, but was a counterfeit. With the large improvements in counterfeit quality, it is also becoming more difficult to differentiate between authentic and counterfeit.

With that in mind, I set out to answer the question...

How might we help sneaker enthusiasts who purchase sneakers feel confident in the authenticity of their purchases?

‍While working on this project, there were two main constraints that I worked under. The first constraint was that any solution I come up with must be for local trades among Canadians. Through my research that is discussed more in-depth later on, I learned that shipping international sneakers to Canada often results in high fees, which can make products too expensive for users.
‍

The second constraint was based on time. The entirety of this design project had to be completed within 10 weeks.

Before I could begin work on the solution, I needed to better understand the market’s current solution for this problem. Informally, there are a lot of sneaker verifications that happen within forums and online groups. For example, a user who is a part of a Facebook group for sneakers may ask others in the group to confirm if a specific pair of sneakers is authentic or not. Formally, there are a few very large companies who work in this space, with StockX being the largest platform. While companies such as StockX, GOAT and Fight Club are well-respected brands in the space, there is one factor that makes them largely avoided by Canadians. ﻿﻿That factor is the fees.

For any Canadian looking to purchase sneakers from the United States, they will have to pay duties at around 30% to bring the sneakers across the border. That does not include shipping costs, carrier costs, or the fees that the platforms charge. With resale sneaker prices that can range from $1000 and up, these fees make an already expensive item even more expensive. Looking through online forums, I found many stories in which Canadian users expressed the frustration of ordering through these platforms. These insights let me know that any solution I arrived at must be focused on local markets.

While I had done a considerable amount of secondary research, it was also important that I conducted primary research. For my research, I used both decontextualized and scripted methods. The decontextualized method was done through interviews that I conducted in order to get an understanding of the pain points of the users. The scripted method, which I use later on in the process, consisted of multiple users testing a prototype of the solution.

For my interview, I created the following criteria:

Next, I spoke to five individuals who fit the criteria in order to better understand their pain points, frustrations and behaviours

I went 2-3 years not realizing the pair of shoes I paid for were actually fake.

From my interviews, there were three main insights which stood out to me:

Trust - Participants often reported difficulty trusting the individual they were purchasing sneakers from, and not knowing if they were going to be scammed.

Differentiation - Participants reported that even when dealing with individuals that they trust, there is concern over accidentally buying/selling counterfeit sneakers, as it can be very difficult to differentiate between real and fake.

Fees - Participants reported that they do not use alternative platforms due to the high duty fees, since most are primarily based in the United States.

Using the data gathered from my insights, I developed the persona of Nick Chalmers. Nick Chalmers was created based off of the goals, frustrations, behaviours, and demographics that I had discovered in my interviews, as well as my secondary research.

After developing the persona of Nick, I created a user journey map to help better understand Nick’s journey through the task of obtaining a limited pair of sneakers. The user journey map also helps with identifying opportunities for intervention.

Based on the key opportunities that I discovered in Nick Chalmer’s Experience Map, I created 20 user stories. From there, I grouped all stories into epics. This process helped to understand the requirements of the end-user. I decided to focus on the core epic of Knowledge. From my core epic, I used the tasks to design a primary task and a secondary task, which are based on Nick's requirements.

Before beginning work on sketches for possible designs of the app, I looked to other apps for design inspiration. This helped not only to look up common design elements and trends in the sneaker industry but also to get an understanding of what design trends work well and which do not.

After reviewing different inspiration pieces, I worked on turning those ideas into concept sketches. This helped me to get an idea of how the layout of the app will look. It was also helpful in allowing me to visualize which components will work for my specific app, and which would not.

Are there any paths that are missing?

Are there any barriers along my task flows?

Does interaction with the app meet the user's expectations?

To answer these questions, I set out to conduct user testing with my prototype.

﻿Using the wireframes, two rounds of testing were conducted, with five users in each round. Both rounds of testing had revealed many insights on the usability, as well as the function of the app. Some of the main insights are as follows:

All of the insights were incorporated into the prototype, for an improved Version 3.

I started my work on the visual identity by coming up with a list of words that I wanted the brand to convey.

Minimalistic - The branding should be very simple.

Clean - The brand should evoke the same feeling as opening a new pair of sneakers.

Friendly - The brand should feel approachable.

Nostalgic - ﻿"Many of the sneakers that are in high demand are references to older, classic shoes. As a result, I want the brand to convey the same feeling.

Based on the colours in the mood board, I applied different combinations to my wordmark logo. After multiple iterations, I decided on the below wordmark:

After narrowing down the list, I arrived at 10 potential fonts to use within the app. This included fonts such as Roboto, Open Sans and Nexa. We tested out the fonts within the app, and adjusted size and weightings to account for the different use cases.

Ultimately, I decided on San Francisco. My research showed that SF is friendly and instantly recognizable by iPhone users. This was important to me because I want the UI to convey the attribute of being approachable and friendly. In addition, SF helped to convey the minimalistic style that I was going for.

Below, you can view the final output, which is an interactive prototype. If you are on mobile, please click here﻿ 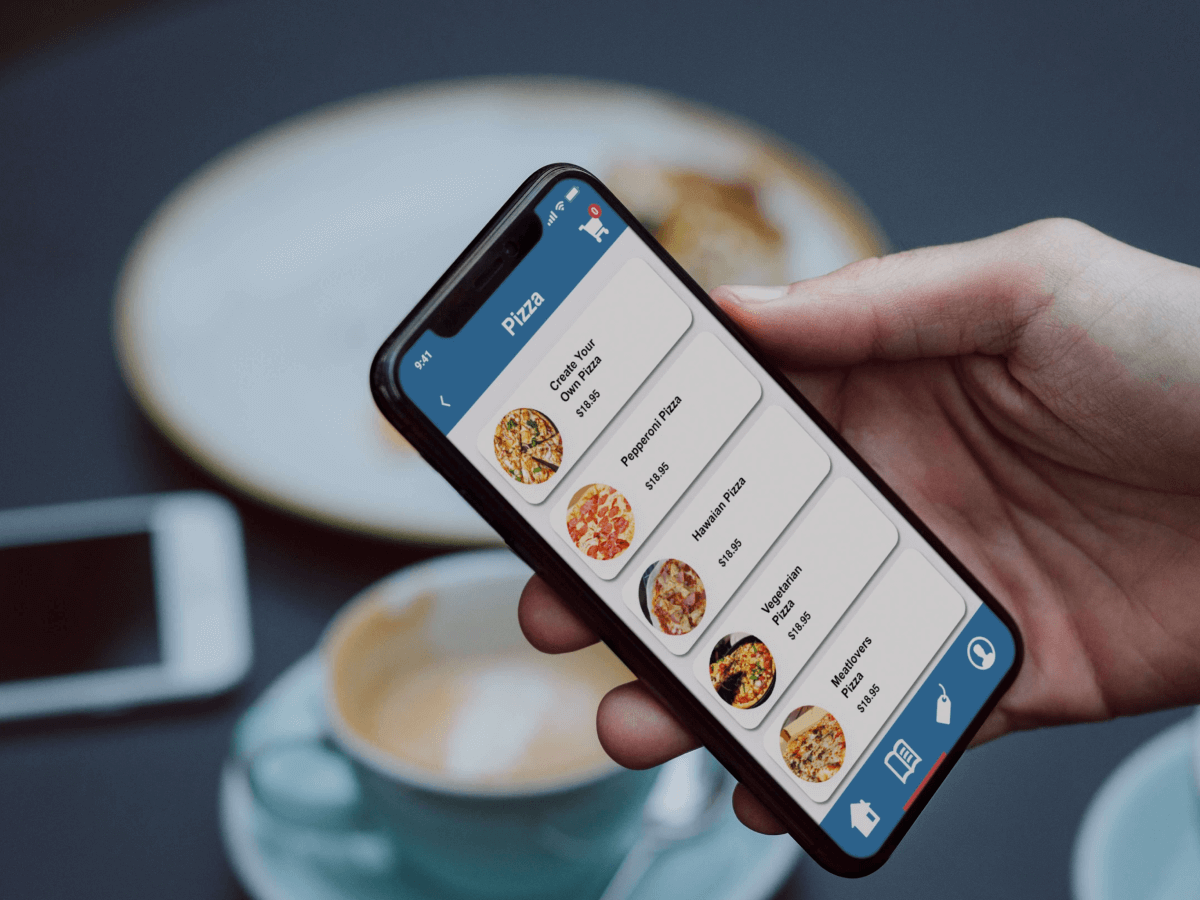 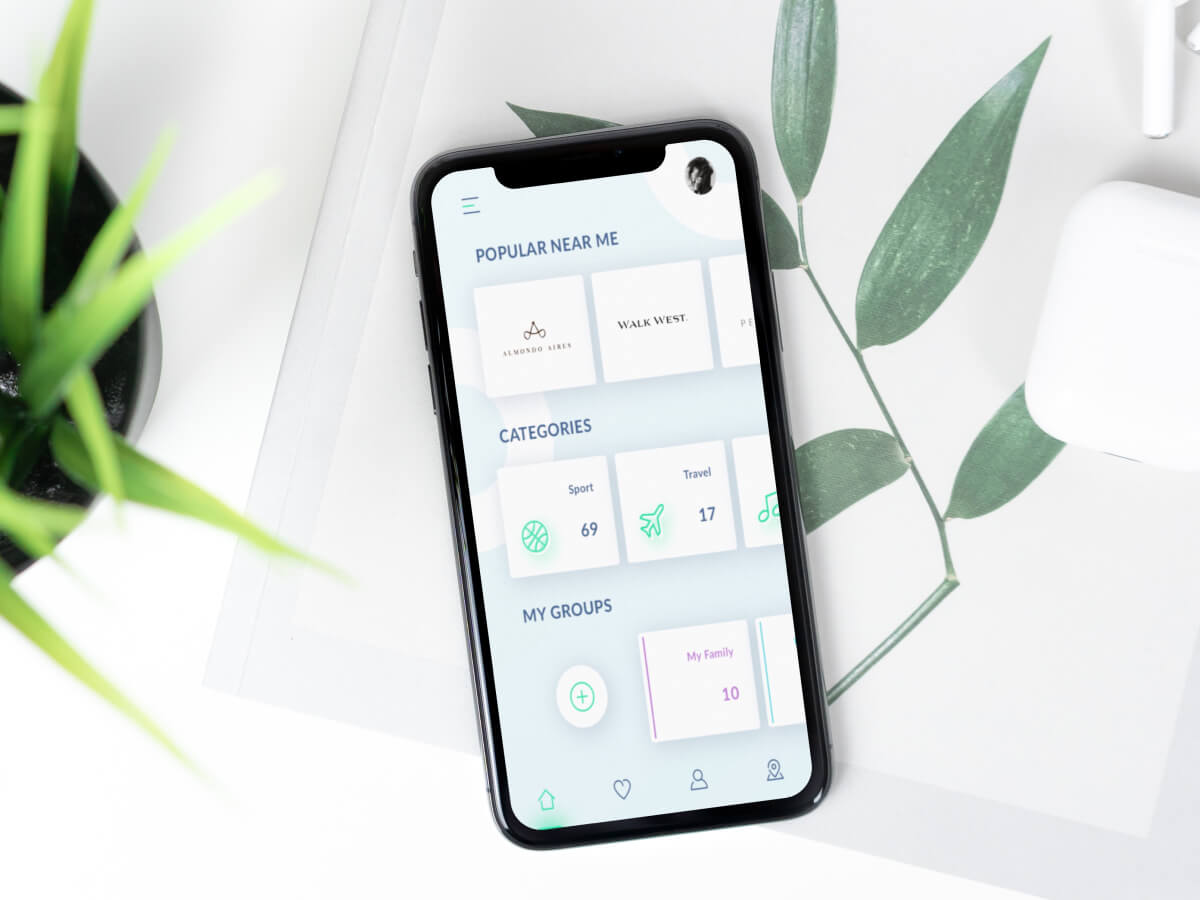